We were really trying to hang onto our couch for another year, but as you can tell it was nasty. Even with a cover E was somehow able to find tons of little couch shreds all over. She of course was eating them.

Because of the flat tire we had a van for the week and decided to get serious about looking for a couch. This is no easy task in Japan. We happened upon a furniture outlet that had over a hundred couches. We finally decided on a slightly small couch. It is neat because it is really three different sections which make it easy to store/move. One seat is a recliner and the middle area folds down with a tray. A little small for Michael, but overall a good couch.

When Cathalain went back to the store to pick up the couch the delivery men were sure they would have to deliver and it wouldn’t fit in the van. Cathalain had carefully measured and was sure it would. After convincing the shop to try seven men came to watch them load the three pieces into the van. After it fit one of the men came down and wanted to measure. He told Cathalain, “for study purposes.” They couldn’t believe this crazy foreign lady couldn’t wait a day for delivery and insisted on taking it home herself!

Yay for vans and yay for new couches. 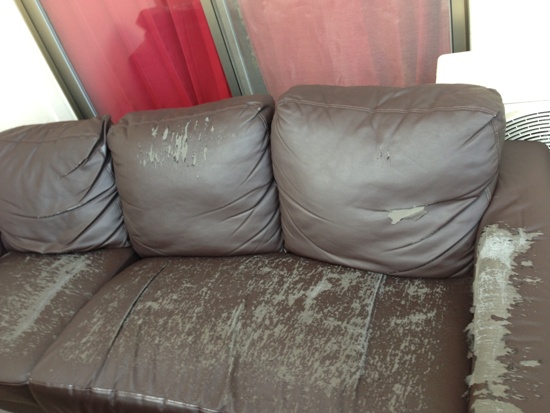 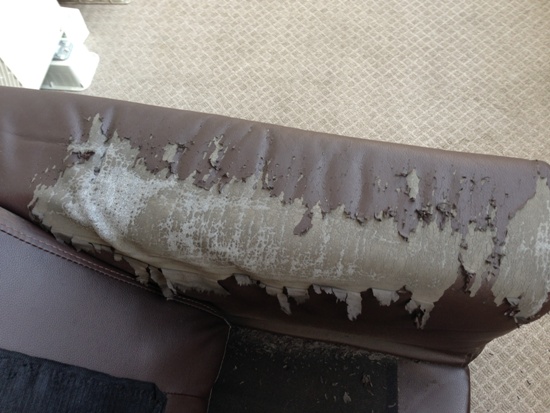 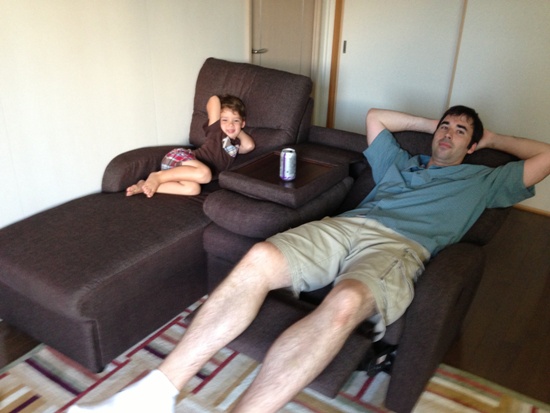 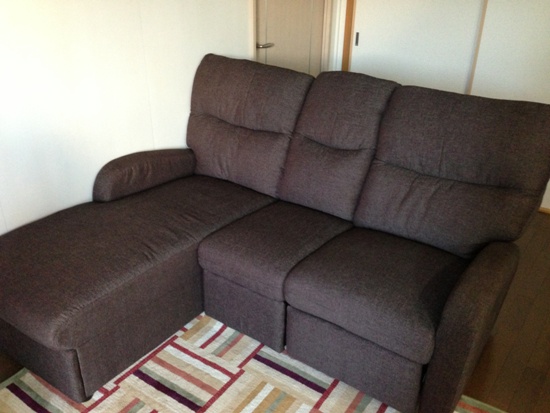