This past week we had incredible flooding in the city.  Unfortunately, Cathalain was in Southern Nagoya, where some of the worst flooding took place.  She was some how able to get home, but not without a lot of water hitting the underneath of the car.  Some of the warning lights came on so we called her Granddad for advice.  He suggested not using the car for a few days and then seeing what the lights did.  Sure enough after two days the lights went off.

Cathalain went out to use the car and after driving for a block realized they had a flat tire.  Probably, she hit something in the flooded roadways.  Michael came to the rescue and changed the tire.  They then took it to their car guy.  Unfortunately, the car guy couldn’t get the bolt off.  Somehow Michael had managed to tighten it so tight.  Well, not really.  The bolt actually somehow worked itself off the tread.  This meant the car shop would need to cut the bolt and this would not be possible for a few days.  The shop gave us a rental (which was a blessing for our couch…see above) and we were bumming about how ridiculous the cost would be.

After having a rental car for a week, getting a new tire, an oil change, and the bolts fixed the bill came to a whopping $122.  CRAZY CHEAP!  Cars and car maintenance are awesome in Japan. 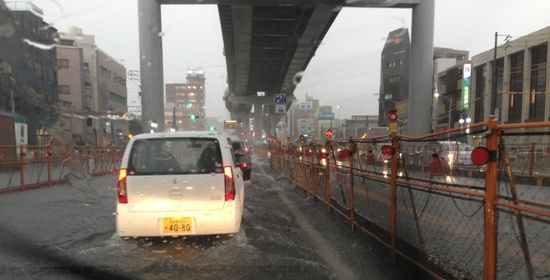 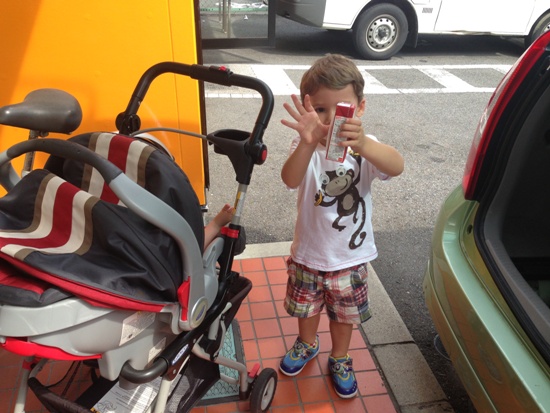 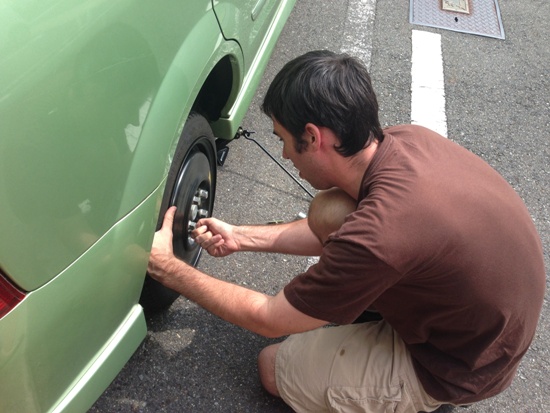 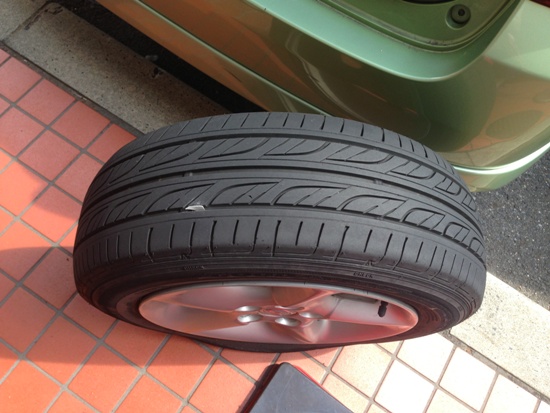